All Posts by Vinny Polston 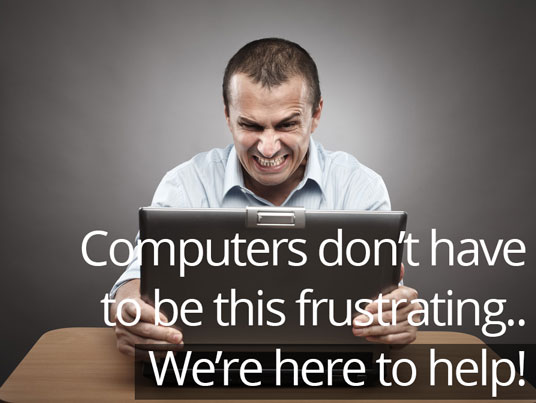 Review of the TOP 5: What antivirus should I use?

Being the computer repair business for over 15 years now, we have seen all types of antivirus programs come in on infected computers. Wait, you can get an infection even though you’re protected?That will be in an article soon. In this article I will tell you about the top 5 most popular anti-virus programs we see installed on computers and answer the common question, “What antivirus should I use?”. We will be going through the following: Norton AntiVirus, McAfee Antivirus, AVG Free, Avast Home Edition, & finally Microsoft Security Essentials. What Antivirus Should I use?

5. Norton Antivirus – It used to be our favorite out of the pack. It was a lightweight program that offered new virus ‘definition’ updates constantly and did not slow down your computer. For those who don’t know, virus definition updates are the updates that are done periodically throughout the day to keep you protected from the ever increasing wave of new virus, trojans, worms, & malware. The problem is, starting in about the year 2005 Norton started to try to become an all-in-one computer suite. This is bad because they add so many features that it effectively would slow down any computer you installed it on.. not good.

4. McAfee Antivirus – One of the most direct competitors to Norton. McAfee shares a lot of the same features and history as Norton does; both the positives and the negatives. What I do like about McAfee is that it doesn’t seem to slow down computers as bad as Norton does. The updates are released frequently to keep you protected.. however, they do have the same agenda as Norton on wanting to be a one-stop-shop for all your protection needs – so much to the point that it can be restrictive with your day-to-day use of your computer.

So far we have talked about two largest anti-virus companies. I’m sure you have heard, and we have always informed our customers, that there are free alternatives out there that do as good a job of protection without costing you $40-$80 dollars a year to renew ( both Norton & McAfee cost annually to stay updated ). Now we get down to the three most popular free anti-virus program we see.

3. AVG – The first on our list of free antivirus programs we are going to review. It is not my favorite nor what I personally use, but it does a decent job. What I do like about it is that they are not as bad about trying to be feature heavy as the previously mentioned anti-virus programs. We do still see computers come into the shop that are infected and use this for protection, but that stands true for all anti-virus programs.

2. Avast! Free home edition – From the years 2010 – 2012 we installed this on well over 300+ computer systems. Avast had the same benefits of AVG Free with it being a lightweight program that didn’t bog down your computer. Unfortunately, over the recent year and a half they have really really REALLY been pushing their Professional and Internet Security versions on customers.

Even as early as Monday of this week we heard a horror story about the sales division of this company. One of our customers had purchased the Internet Security version of Avast! and for some reason it had not registered on her computer. She proceeded to call Avast customer support only to be told that her computer had “major security update flaws” as well as it was running “abnormally slow”.

They then told her it would cost roughly $180 dollars to get everything fixed. She told them she had computer guys ( hey that’s us! ) that she would have take a look. Long story short: She dropped off the computer and we registered her Avast professional on her computer as well as did a system tune up – I believe her bill came to about $85 for everything.. that’s nearly $100 less than what they told her was needed.

1. Microsoft Security Essentials – As most of our customer knows.. Microsoft is notorious for releasing products before they are really ready to be.. released. What did Microsoft do to try to make things right? They released a FREE anti-virus program that is registered forever so long as your Windows is genuine. And guess what? It works. It’s what we use on our business computers as well as personal computer to protect us. It doesn’t slow down your computer like Norton & McAfee do. They are not trying to sell you on some “better” version of Microsoft Security Essentials. Is it perfect? No way! But it does work just as well as any of the others and it is 100% free.

Well that was fun, thank you for reading through! We hope you found this article helpful! We would love to hear your thoughts on what you believe is the best anti-virus program available. If you are looking for the difference between malware and virus.

Want to stay up-to-date on trends on how to protect yourself and how to resolve other computer frustrations? Subscribe to our newsletter below!